A piece of legislation called International Megan’s Law—HR 4573—passed the U.S. House of Representatives, according to this article, June 20.

The bill’s sponsor, U.S. Congressman Chris Smith, has been pushing this bill, in various forms, for years. It is a 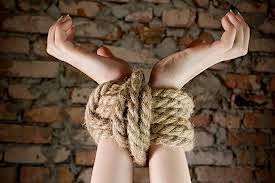 imed at sex trafficking in general and will largely affect American registrants traveling out of the country, but named after Megan Kanka, a seven year old child who was murdered twenty years ago, and touted as “…the model needed for the U.S. to persuade other countries to take action to stop both child sex tourism within their borders and protect children in the United States and elsewhere,” the focus perceived by the American public is on the taking of American children for use in the forced sex market.

Sex trafficking is the new buzz-word in the sex offender industry. We have all read of its horrors—huge numbers of “sex slaves” descending on the Super Bowl; vast numbers of children scooped off the streets and forced into a life from which they cannot break free.

I cannot speak for other countries. I know there are some where life, especially a child’s life, is very cheap and poverty is overwhelming. But this legislation was not passed by creating fear in our hearts for what was happening to children in third-world countries. It was passed by creating fear in our hearts that OUR children, MY child, could fall prey to the network of monsters scouring the streets of our cities and villages and taking our children.

I know about “throw-away” kids. I know teenagers run away, leave home for various and sundry reasons, and I am certain that a disproportionate number of them become entangled in prostitution, and this is terrible. But is this what people think of when they are told that legislation must be passed that will somehow keep their children safe from being forced into the sex and pornography trade?

Facebook pages declare “Every 30 seconds another person becomes a victim of human trafficking.” Another site says, “Abolish sex trafficking; 200,000 are at risk for sexual exploitation this year.” These are the type of pseudo-statistics that are not based on any study or scientific attempt at measuring or counting. They cannot be proved—or disproved. Facts are so twisted with myth that the reality is impossible to sort out.

As far as children, this FACT is worth noting: several sources, including the National Center for Missing and Exploited Children, place the number of actual, real abductions of children and teens in the U.S for any nefarious purpose at an average of 115 a year, and almost all of those are recovered.

The bill’s sponsor, Congressman Smith, said, “The stories of the victims are tragic — ruined childhoods, devastated families, lifetimes of memories of assaults and sometimes worse.”

The implication is that these are families Mr. Smith has spoken with, stories he has heard personally, and tragedies with which he is intimately acquainted.

Like almost all American children, I went to school for twelve years and then college for six. I knew lots of kids and families. I had three children. They all had masses of friends and went to school with even greater masses of other children. I knew their friends and their families. They were involved with sports, which put us in contact with children and youth from schools all over the city.

I now have grandchildren. I know many of their friends and their families. I today have a huge circle of friends and acquaintances and contacts.

I taught high school for 28 years. I taught Sunday School and still do. I was on the Board of Education at my church’s parochial school. The number of young people and of families that I knew over all those years is literally incalculable.

Does that mean anything? I don’t know. I do know that what this legislation will do has little to do with children being taken in the United States. What it will do in reality is, again, target a very broad category of people, almost none of whom have ever kidnapped a child or operated a “sex ring” or produced child pornography, and apply restrictions to them which are inappropriate and which infringe on their rights to travel.

And which will do absolutely nothing to “protect children in the United States.” Again.